I’m an Angular specialist and I’ve helped organisations like Google, Calor Gas and the UK Houses of Parliament to improve their processes with custom-built web applications.

My focus is on doing what’s best for the client

A clear plan, well-written code and an application that works.

Here’s a sample of past projects:

The client: BEYOND (end client: Google)

The brief: To work with the in-house team at BEYOND to deliver a project for Google. The project involved adding new features to an existing application and updating the application to the latest version of Angular (previously AngularJS).

What I did: I assessed the application to see how it worked and then got to grips with what was needed for the new features.

I worked with the in-house team to find an approach that would allow us to update the AngularJS codebase without having to rewrite the whole application.

We used the Angular Elements tool to add the new features into the updated application and used another tool, NX Workspaces, to structure the new codebase and make future updates easier to manage.

The result: We delivered a new section of the application, half written in AngularJS and half in Angular. To the user there was no difference, but the changes meant the application could be developed in the newer, faster version of Angular going forward.

The brief: To develop a secure mobile app for Netwealth clients that provides the latest news on their investments and connects them with account managers.

What I did: After learning about the business and the team, I sat down with the business owner to determine the features the app would need.

Because the app would deal with financial data, security was a big factor. I worked with the internal team to build an application that would run alongside the security systems and measures the company already had in place.

The result: By the end of my time on the project, we had the first version of a mobile app ready for beta testing. As a new communication channel, the app gives Netwealth an opportunity to build stronger relationships with their clients. It’s also a selling point for new clients who are looking for a convenient way to track and manage their investments.

Need Help On A Project?

Send Me A Message Now

The brief: To work with the team at MakePositive to develop an iPad-based app for their end client, Calor Gas. The app would enable Calor’s sales team to place and manage orders for their clients.

What I did: I was brought in after the project had begun so I needed to get up to speed quickly. I looked at how the project was running and how existing parts of the application had been developed, and then got started building the new features in the same way, with the same structure.

The result: At the end of the project, we delivered the first version of an app that was used across Calor’s sales team. It makes it quicker and easier for sales reps to place and manage orders during meetings with clients, saving the business time and money.

The client: UK Houses of Parliament

The brief: Support the in-house team to develop new applications that would replace paper-based processes.

What I did: I originally joined the team as a front-end developer. I introduced the department to Angular, told them about its benefits and taught them how to use it. Soon the whole team was using it across various projects.

The result: After I taught the team some of the latest techniques in web development, they were able to deliver applications that worked well and fulfilled the needs of the internal teams they were supporting.

Send Me A Message Now

My book, Getting Started With Angular. 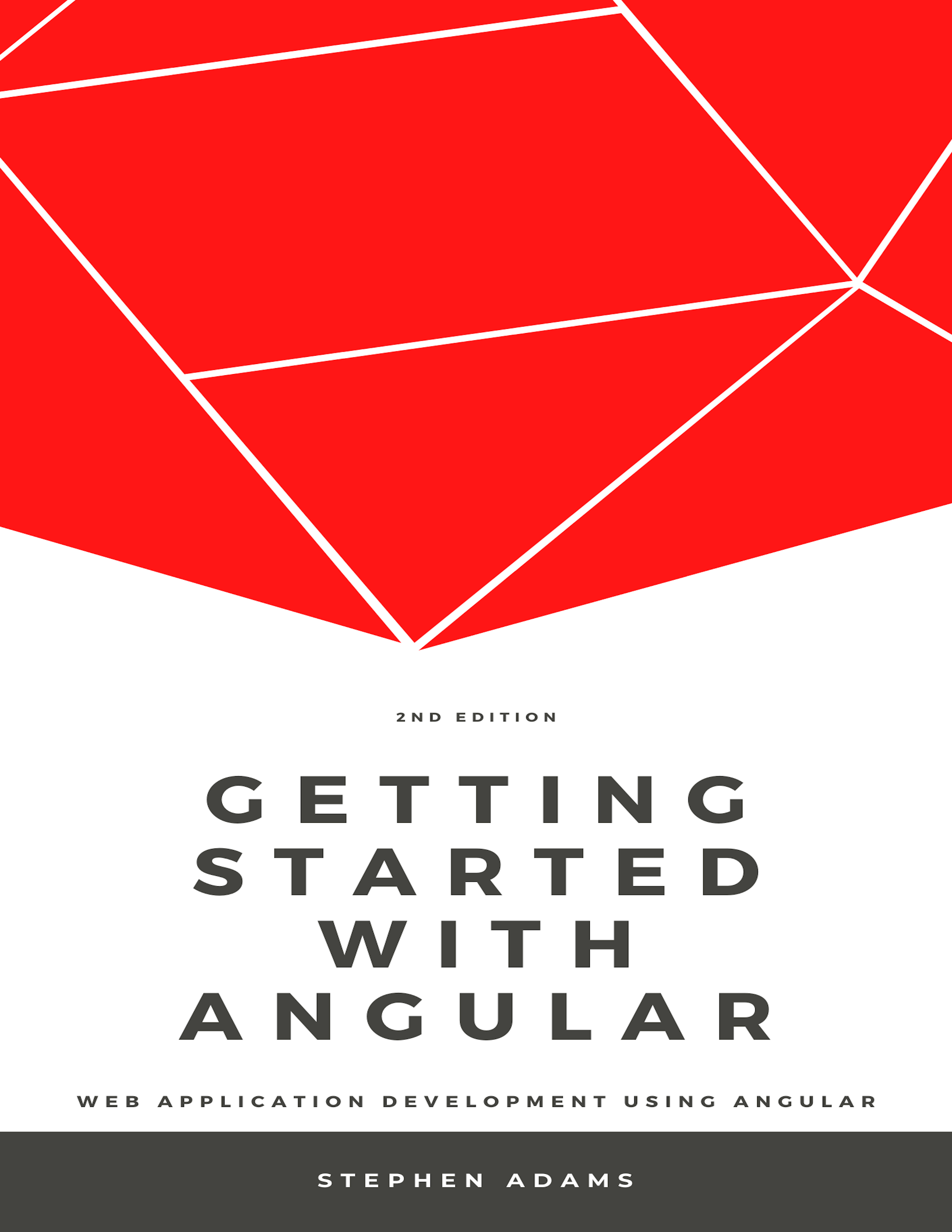 In 2019 I published my first book, Getting Started With Angular.

My hope is that the book helps budding Angular developers understand the platform and learn how to make the most of it. The process of writing it definitely taught me a lot.

Through explaining Angular in lots of detail in the book, I learnt more about using the platform myself. When you teach something to someone else you come to understand it more thoroughly. I’ve taught Angular on the job before but writing it down is a different experience.

Find out more about the book